Day 1: Nairobi – Masai Mara
Our Safaris starts with a pick-up by one of our driver or staff, you will be met in your hotel, residential 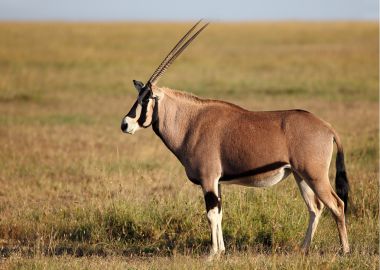 house, guest house, apartment or from the Airport upon arrival. Pickup is as early as 0730am depending on the location of your hotel. Then proceed to the departure point where you will meet other travelers who will be doing the same 2 days Kenya Safari if not a private safari. There after depart for Masai Mara with the first stop at the Great Rift Valley View Point. This is a perfect place to be in the early morning and evening. You will watch enthralling Rift valley with it’s vast vegetation and the sun rays kissing the far and wide stretching mountains in the surrounding. The Great Rift Valley has been reckoned as a wonder of the world stretching from the Middle East passing through Africa and has a great and vast chunk in East African part and ends in Mozambique in the South.

After about 15-20min of getting history you will proceed to Narok. Narok is a town west of Nairobi that 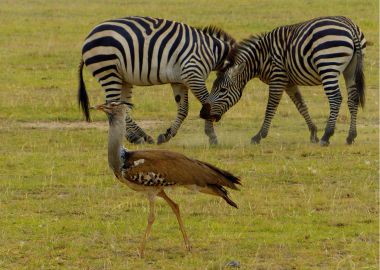 supports Kenya’s economy in south-west of the country, along the Great Rift Valley. Narok is the district capital of the Narok County and stands as the major center of commerce in the district. Narok has a population of around 40,000 people, mostly Masai. The Masai, natives of Narok district, refer to Narok as Enkare Narok (meaning black water or dark water) named after, Enkare Narok, the river flowing through Narok town. The elevation of Narok is 1827 meters (5,997 feet) in altitude. You will have your hot lunch here and there after proceed to Masai Mara, on arrival you will be received by our Masai Mara Staffs and then assist you to check in the Camp or in the lodge. After checking in proceed for the late afternoon game drive, this game drive offers you the 1st day Africa Safari Experience well as Africa Sunset around 1830hrs, then our driver will drive you back to the camp or in the lodge where you will be served with your meals. {Accommodation in any of your preference }

Day 2: Masai Mara – Nairobi
Wake up call at 0600hrs, you will have a cup of hot coffee, then proceed for the early morning game drive until 0930hrs, this early morning game drive will take you for 2 hours morning game drive, you will encounter the early morning kills from the Kenya big five, also easily to be seen this early morning tour are lions and cabs as they tend to be on the track to avoid the wet grass, you will be able to capture the early morning sunrise as well and then the climate will be favorable because the sun will not be hot  during this hour, then return to the camp for full breakfast, after the breakfast our driver can organize for you to visit the Masai Village where you will be entertained with the Masai Dance for both men and young men, learn more about their life style and then leave for Nark for lunch arriving back in Nairobi early afternoon with a drop off to your hotel of choice where the 2 day 1 night Masai Mara camping safari comes to an end with African safari memories.