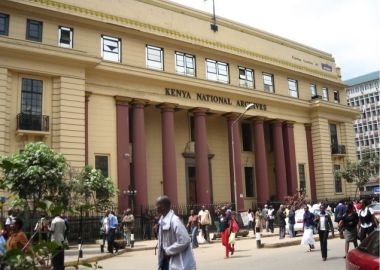 have ample time for close photography. You will visit a local market where you can bargain and shop for arts and crafts etc, visit Parliament buildings, Kenyatta International Conference Centre. A tour to the top of Kenyatta International Conference (28 Government Building with 28 stories) to look at Nairobi skyline can be arranged. The tour also includes a visit to Kenya National archives & Watatu art gallery/ Collectors Den, the Snake Park and National Museum: Our Nairobi National museum is well known for excellent exhibits and displays of early man, tribal regalia and the flora and fauna of Kenya. Walking through the city streets and traveling by public transport provides plenty of opportunity to mingle with the locals as they go about their daily lives. 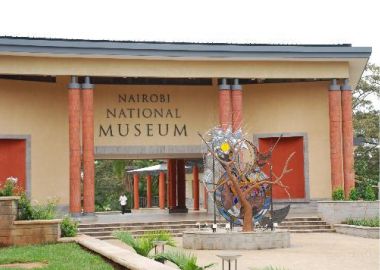 beauty and history. Destinations include Central Nairobi, Shopping Areas and National Museum & Snake Park. Nairobi City Tour by bus/ vehicle departs daily from your hotel residence at 0900 Hours in the morning and returns back at noon. The tour takes three hours. Nairobi is a city, financial capital, administrative capital, province and the capital of Kenya. The main languages spoken here are Swahili and English. There are many churches, mosques and temples where people of different faiths go to worship.

Restaurants serve almost every kind of food, from local dishes to the most exotic. Curries from India and Pakistan are very popular as is Chinese, Arabian and European cuisine. 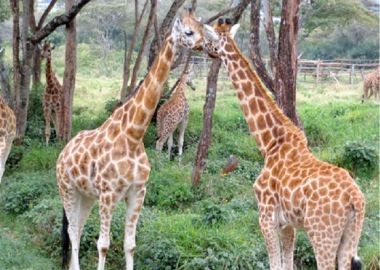 approximately 20 kilometers from the centre of Nairobi, Kenya. The Giraffe Center is a wonderful and refreshing experience undertaken during African Spice Safaris excursion in Nairobi. Nairobi Giraffe Centre tour gives a completely up close and personal interaction where guests have the opportunity to view giraffes as well as feed them. The centre has rescued, hand-reared and released around 500 orphaned giraffes back into the wild since opening in 1979. Young giraffes born at the Centre were translocated to; Soy Sambu Ranch near Lake Elementaita, and Kigio Conservancy near Gilgil and Sergoit ranch in Eldoret while recently they translocated some to Mwea National Game Reserve . Today the Rothschild Giraffe population in Kenya is about 300. 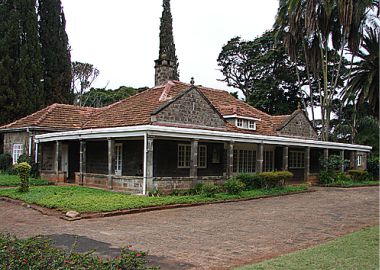 outskirts of Nairobi on Karen road. Its history dates back to 1914, during the First World War, with the arrival of Karen Blixen from Denmark. At the foot of Ngong Hills, Karen Blixen established herself as a farmer. After her departure in 1931, the suburbs retained the commemorative home of Karen. The Danish government donated the house and the surrounding land to Kenya after independence. The house was restored by the Danish government, and was used during the filming of “Out of Africa” which immortalized Karen Blixen’s book by the same name. Karen Blixen Museum was opened to the public in 1986. A striking feature about Karen Blixen Museum is the beautiful grounds.

The house built in 1910 has a red tile roof and mellow wood paneling in the rooms. When Karen Blixen bought the property, it had 6,000 acres of land but only 600 acres were developed for growing coffee; the rest was retained under natural forest. Much of the original furniture is on display in the house. The original kitchen has been restored, and is now open for viewing. A Dove Stove similar to the one used by Karen Blixen is on display, as are the kitchen utensils. Reconstruction of the coffee factory, along with other old farm machinery is underway. The aim here is to take an individual back in time, and provide a visual impression of each settler life in Kenya. Karen Blixen Museum has become a herb of various activities including private parties, research and visitation, from all over the world. The income so generated is used to refurbish and maintain Karen Blixen Museum and other regional museums. 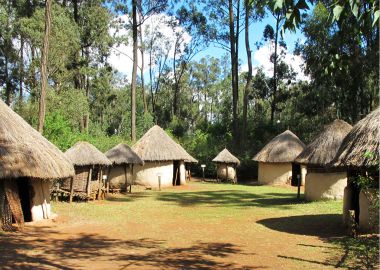 in a miniature”. It lets you see the wonderful diversity of cultures that make up Kenya. The term Bomas, meaning “homestead”, are displayed on your tour; each represent one of Kenya’s major ethnic groups, and is built to the original traditional architecture of an African home as built by the ancestors. A Boma is a homestead and just a few kilometers from Nairobi, we have the Bomas of Kenya.

Here you will experience the rich culture of Kenya’s 42 different ethnic groups as they live on their day-to-day basis. This is clearly demonstrated through traditional dances, music, song, and folklore. There is a splendid arena where acrobatic shows are performed. The Bomas of Kenya put on displays of traditional dancers and spread over many acres, it also has a wonderful display of mud huts and traditional Kenyan homesteads. The Bomas of Kenya is the ideal place to bring energetic children as they can freely run in and out of the traditional houses & mud huts, climb up ladders and generally have a wonderfully active time.

These traditional houses are set out in clusters according to the region. The homes are grouped with the first wife’s hut, second wife’s hut, granary etc and you can see where the livestock are kept and the enormous variety between the huts. Bomas of Kenya was initiated in 1971 after Kenya’s independence (1964) and it is run by the Kenyan Government and aims to promote Kenya’s rich cultural heritage.

In addition to the main attractions (the dancers and the traditional homesteads), there is also a large, wooden play area for young children, a small, low-key village of craft shops and other attractions. The Centre is set up for conferences and can offer cultural shows for audiences of up to 300 people.